The National Certification Board for Therapeutic Massage and Bodywork announced on March 14th, 2015 that they have partnered with ITEC, a British education company specializing in international credentialing. The goal is to facilitate ‘portability’ and ‘standardization’ for the massage profession. This partnership is similar to ISPA’s Spa Certifications that have been available to members and non members since around 2004.

ITEC describes themselves as a “an examination board” specializing in Beauty & Spa Therapy, Hairdressing, Complementary Therapies, Sports & Fitness Training and Customer Service. ITEC has hubs in London, South Africa and Asia Pacific and representation in Ireland and the United States of America. What more could a Spa therapist ask for? Let’s take a cursory look.

What a blessing it would have been for me, had this option been available when I first graduated from massage school in 1998. I have family who immigrated to the USA, including my maternal grandmother who became a naturalized citizen. Both my maternal uncles were eligible for dual citizenship at birth. I have known professionals who hailed from Japan and studied massage therapy in London, worked with supervisors from The Netherlands and many other countries. Some former coworkers grew up overseas and started families during their travels. Many of my former coworkers have traveled the globe at various levels of the wellness industry from line positions in the Spa to Spa Management. For those of us who have lived such lives and whose families are indeed multi cultural if somewhat scattered, this is a welcome addition to massage education.

However, speaking from an American perspective in a non professional or educational context, if like me, you were blindsided by the “patriotic” and unquestionably “morally validated” emergence of the FSMTB (while working for a globally recognized, multi-national hospitality conglomerate) this may amuse you or at least make you pause for a moment of reflection.

What possible drawbacks may be found in this new educational partnership for students, educators, the massage and allied esthetics and cosmetology professions and for the spa industry?

One angle to consider is the current lay of the professional landscape. The FSMTB despite it’s monopoly on entry level credentialing that some have elevated to the status of positive law or done so in ignorance and stupidity, is only a monopoly for lack of competition at present. The addition of an international credential by the NCB is no skin off their nose or professionals backs.

For educators, the issues are different. Standardization of curriculums across international lines will necessitate the creation of new programs in participating schools. Adding ITEC curriculum to an existing education program need not require massage educators too, in the words of the NCB: “Agree to merge/map your curriculum(s) to ITEC’s International Diploma in Holistic Massage or any other specialty certifications you wish to offer.”

Why would an ITEC/NCB certification require a school to alter existing or prior proven curriculums that would or could remain independent from the ‘international’ certification program? Why not just add the NCB/ITEC international certification as a new program offering and be done with it? That is what Educational Program Directors do – design curriculums. 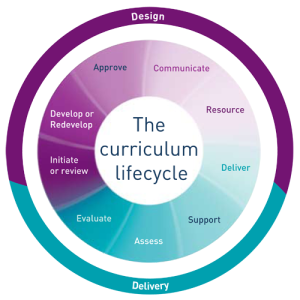 However, there are strategic reasons some schools may choose to partner with the NCB and ITEC specifically for the above referenced purpose.

Rhetoric exists for a reason. That said, if I were in charge of the NCB news, I would have chosen different language or crafted a completely different sentence to express this requirement. I often blog with curt language. Apparently, I am not the only one as the NCB quote above illustrates.

From the standpoint of esthetics education and cosmetology education, there should not be a great deal of difference for private institutions. There is no mention of two year community colleges and I know of no reason to presume that they would be ineligible candidates to provide this new certification. I would think they would be some of the biggest supporters and possibly better suited to have the ability to add to international standardization thru educational program development.

I will be musing on this topic for a bit. I’m sitting with the idea for the moment like it’s tea in a kettle or an old time coffee percolator. I will catch the scent in a bit and I will see where it leads me. As will we all.

Published by Borderlands of Health and Wellness

14 Parsecs. No. 12. View all posts by Borderlands of Health and Wellness

My own path
Two Rooms Plus Utilities

Written from the heart, this is the unadulterated truth of life with multiple chronic illnesses and being housebound. My life open for you to follow. Please join me

one post a day of Lebanon through my eyes

The Big Mutt Blog
All In A Dad's Work

It’s about husbanding, daddying, and a dog.

About fantastical places and other stuff

Fall in Love with taking care of Yourself.